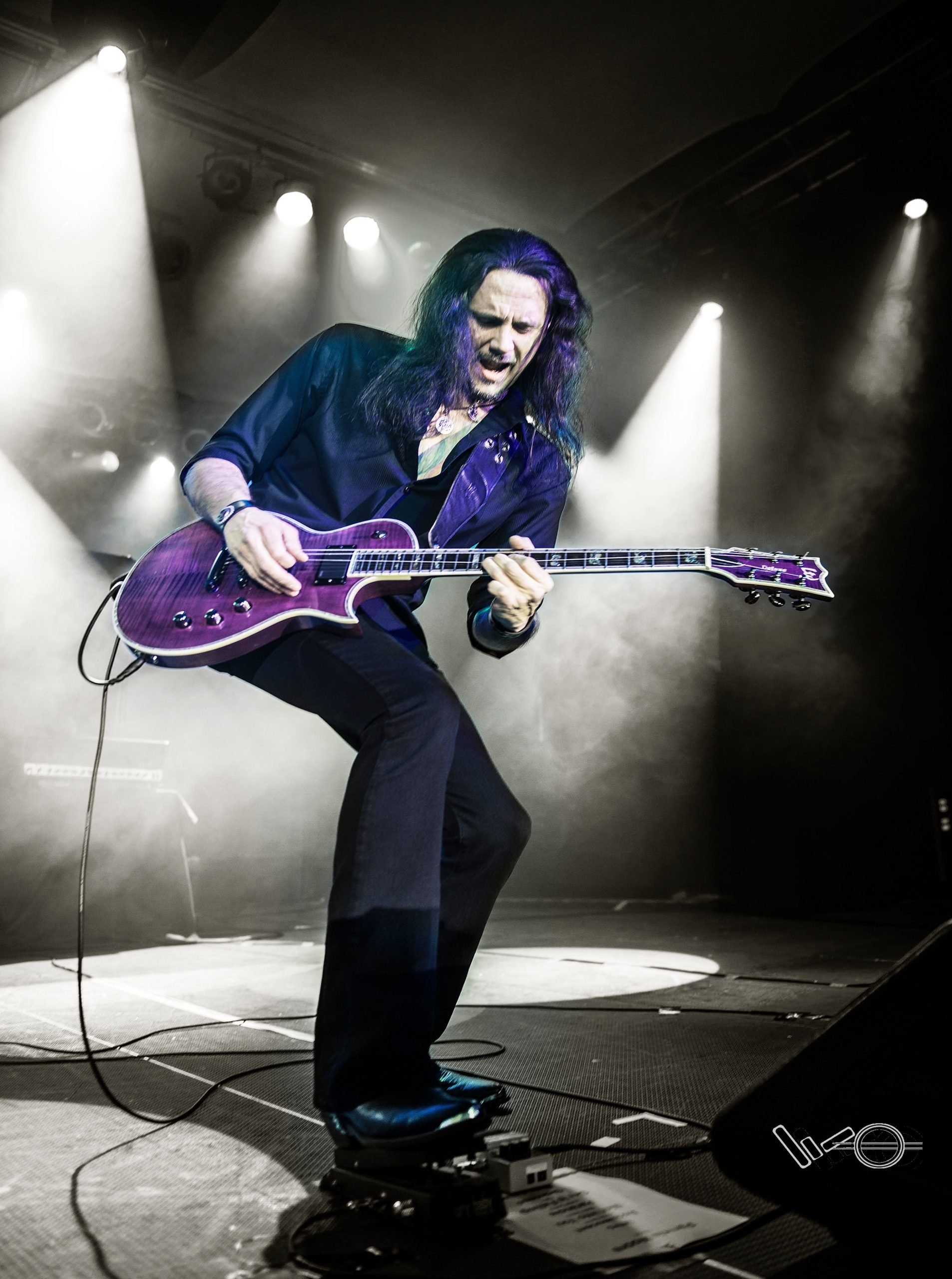 Those around him would all agree that Michael is driven by an intense passion.  And from early on, his passion drove him to excel in every area of music he pursued.  From heavy and aggressive music, to orchestral and choral arrangements, to the grace and beauty of a single note melody, across a seascape of acoustic guitars, his creativity has shown to be boundless and diverse.

Most recent projects of note include writing, recording and producing 2 discs with respected vocalist PAMELA MOORE (known by many as SISTER MARY of QUEENSRYCHE fame).

Disc One- PAMELA MOORE- RESURRECT ME was released on Rat Pak Records and reviewed unanimously with high marks.  It showcases Michael’s writing, playing and passion, matching it perfectly with Pamela’s style (both vocal and lyrical), and had many reviews uttering the words “album of the year.”     RESURRECT ME displays an emotional soul along with an impressive battery of qualities that both artists are known for; including Pamela’s expressive and powerful vocals, and Michael’s pension for orchestral darkness, and infectious power metal grooves.   The release represents a victory for the listener and the artists alike.

Disc Two- PAMELA MOORE- BEHIND THE VEIL was a powerhouse follow-up and oozes passion in epic proportions.  This time, a more daring personal catharsis was allowed to seep into the songwriting as it explored a wider/deeper emotional pallet.

Michael was also a founding member of Century Media Recording Artists- RADAKKA.  A power metal quartet out of Chicago that ultimately garnered some world wide success with 2 discs on the label, MALICE AND TRANQUILITY and it’s successor REQUIEM FOR THE INNOCIENT.   During that time RADAKKA was also asked to contribute their signature sound to the Century Media Compilation-  “A TRIBUTE TO JUDAS PRIEST VOL.2: DELIVERING THE GOODS”. Their muscular cover of “NIGHTCRAWLER” was one of the outstanding tracks from the release, and even earned a nod from the PRIEST themselves.

In his “spare” time, Michael enjoys unleashing his fiery brand of guitar playing …(and his unabashed love for all things Ronnie Jame Dio) on the masses in HEAVEN AND HELL CHICAGO, the midwest’s foremost “Tribute to the Music of Ronnie James Dio – Black Sabbath – and Rainbow”.  Their excellence has made them one of the most popular and successful hard rock tribute bands thru multiple circuits and multiple states.

As often as possible, Michael loves to perform annually in THE CHRISTMAS STRINGS – An acoustic guitar quartet performing their own arrangements of Christmas classics, plus and original song or two in the spirit of the season.

But that’s not al for Michael.   From teacher to author, he wrote the instructional book “5 Easy Steps To Scales and Chords”, which has become an indispensable tool for countless music students.

He also writes and records commercial jingles, has been a guest contributor on various recording projects including the recent rock/metal/psychedelic release PAPER ANGELS (Independent).   He has worked with independent film-makers on music and scores, and loves collaborating with other musicians and mates….many times writing, recording, and producing them in his personal studio.

Consistently associated with an air of professionalism and class…
well rounded, intensely hard working, highly respected, and a consummate stage performer … there isn’t much that he hasn’t done.  And all signs show the best is yet to come!

Michael sums up his stance himself: “I’ve always been aware that my musical growth was DIRECTLY related to my personal growth.  And day to day, as I learn that truth each day in a different way …, I find that creative fulfillment is now the real goal.  There is no destination.  There is only the journey and the expression.”